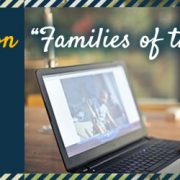 Georgi Marquisee has a long and respected background with her husband, Mark, in the field of documentary films. For over 30 years, she has served as President of Arden Media, with clients like PBS, Sesame Street, Montessori Society and the EPA, and has won hundreds of awards. I originally met Georgi and Mark on a trip to China when they were doing a People-to-People project. Their creativity and passion for the culture, its people, and the travel experience was evident in their completed documentary.

In the 1990’s, combining their interest in education, travel and culture, Georgi and Mark began to develop “Families of the World,” a series for children, documenting family life around the globe. Their goal was to help children to experience family life in other parts of the world through film. According to Georgi, “Many children rarely see their world beyond their own city. Even travel doesn’t take them behind closed doors. Our project takes them inside so that it is almost like being there!”

While retaining their ‘day in a life’ structure, Georgi and Mark felt it was important to add an environmental element. “Kids need to know people are working on the effects of global warming and other environmental concerns,” she commented. Each film focuses on a different culture as seen in foods, homes, schools, communities, and fun-filled activities of two families in each country, through a typical day. Children have the opportunity to see what people all over the world are doing to protect the earth. Films include families of India, Mexico, Ghana, Korea, Costa Rica and Colorado. Each scenario is narrated by children – with whom the younger audience can relate.

Thank you, Georgi, for educating our children on the world, its different cultures and ways of life, and the importance of our earth’s environmental concerns. Available on DVD and streaming. To learn more about current and new programs, go their website. 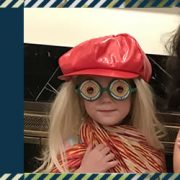 Here I sit with freshly washed, blown-dried hair and a little make-up, ready to have a Zoom meeting. (These days, who wears much make-up due to wearing masks?) I have a nice blouse with a flattering neckline and a modest necklace. Need I say what I’m wearing below the top? You guessed it, sweat pants.

Oh, how I miss putting on a dress and heels! It has been far too long. Here, in my closet, my dresses hang looking abandoned, having not been worn for almost a year! And what about my shoes? The heels, stylish leather boots, and colored flats that I have so loved, stay in place looking terribly forlorn. These days, if I am not in sweats and sneakers, I am in my robe and comfy, fuzzy slippers. That’s a fact. And to think back before the Pandemic, after a long day at work, how I relished the change into my sweats and slippers! Not anymore…I am ready to bounce back into fashion again!

Kate Spade nailed it when she said, I think that playing dress up begins at age five and never really ends. Kate was right! I am a female who has always enjoyed dressing up since my early years. Whether in my mom’s hats, dresses and high heels, my dad’s jacket and fedora, my cowgirl hat and holster, or a party dress, I entertained myself by playing whatever role my get-up suggested. And our family albums prove my fondness for dress-up!

Whether age five or sixty-five, for me, times haven’t changed. Later-adult years have not altered my taste for fashion and dressing up. Walking to my closet to choose the next day’s outfit has been a joy, and I delight in the thought of, once again, pondering over what to wear for a busy day out. When our society re-emerges, I will eagerly don a dress and a pair of heels, ready to play my role as I step forward into the world. I agree with Victoria Beckham who said, I love fashion and that’s how I express myself! 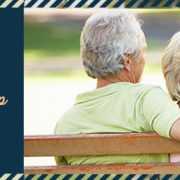 In my later 30’s, after a divorce, dating was not pivotal for me. My focus was on raising my young daughter and a full-time job. I was enjoying my single-life solitude and freedom. At that stage, my life was full with an active social schedule and little verve was needed with meeting new people. Companionship was nice, but not crucial. The dating I did was for fun with no immediate plans other than to make the most of my newfound independence. However, after a couple of years, I was introduced to the man whom I would eventually marry, and we shared 28 fulfilling years until his death.

Let’s fast-forward to my late 60’s when I was now a widow and, once again, alone. Unlike in my 40’s, the solitude was arduous. I felt lost and abandoned. My daughter was now an adult with her own life and family, and although my part-time teaching job was a fraction of my focus, my life felt empty and companionship was sorely missed. As a Baby Boomer, my business and social schedules were less active, many of my friends were still couples, and the dating world had changed significantly. I had lost confidence in myself, especially when it came to dating! What I missed most of all was any form of companionship with the opposite sex. At this stage of my life, I was not looking for another husband or live-in partner — just a compatible person with whom I could share some of my life. Would I ever meet someone again in these latter years?

Since I was not on any social lists, I reluctantly decided to give on-line dating a try. No matter how old I felt, I chose a picture that was recent and honest about my age. I painstakingly composed one paragraph on myself, with correct grammar and spelling, and inserted more creative interests than walks-on-the-beach or wine-by-the-fire as favorite things to do! I hesitantly posted it with low expectation.

Surprisingly, I found dating on-line was an adventure! I had a decent response from others looking for companionship and met both some interesting and bizarre characters. If Anne Beckley Coleman had not already written the book, Matchless, I would have written a tongue-in-cheek book myself! Joking aside, I found that getting back into the dating world did wonders for my much-needed self-confidence.

After several years, I decided not to play the on-line dating game anymore. I was in a different frame of mind and had my poise back. My family, friends and students were my impetus. No longer was I lonely, and instead, had settled into a relaxed life of enjoying my solitude once again. Then, one day, I happened to encounter a former acquaintance from my past, and together, we now enjoy companionship while still valuing our independence.

The lesson I have learned is that life does not have to be lonely in our Baby Boomer years. Companionship can be great, but learning to enjoy our own solitude and independence is precious, and staying in touch with family and good friends can help fill most voids. We must be brave enough to step forward and seize the day. Carpe Diem!

Unmasking Your Vision of What’s Next
Learn More & Register